Not A Single Doubt 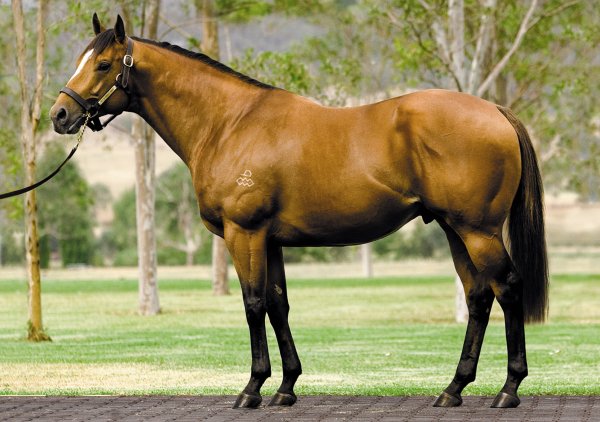 Not A Single Doubt about Miracles of Life. Not A Single Doubt’s brilliant daughter Miracles of Life gave her sire another Group One winner with a spectacular performance in the G1 Blue Diamond S., in the fastest time ever posted by a filly in that illustrious race. Smart stakes winning 2YOs Villa Verde and Cruden Bay added to Not A Single Doubt’s juvenile progeny record last season. Buyers love them, and with his yearlings averaging over seven times service fee at the major sales this year - it is easy to see why breeders love them too.

There were doubters aplenty when South Australian trainer Daniel Clarken and apprentice jockey Lauren Stojakovic brought their pint sized rocket, unbeaten filly Miracles of Life to Melbourne after her first two emphatic victories in Adelaide. However, there were few doubters left five weeks later when the daughter of Not A Single Doubt first disposed of a superb line-up of the best fillies around in the Listed Patinack Farm Blue Diamond Preview Fillies (1000m), then dealt the same blow to the best 2YO line-up in the land in the G1 Blue Diamond Stakes.

It was Arrowfield's long-held faith in Not A Single Doubt as a Group 1 sire prospect justified in the most emphatic fashion. He had previously sired the domestic Singapore Group 1 winner Always Certain, but Miracles of Life is the first of his 16 stakeswinners to succeed in a race with full international Group 1 status. Not A Single Doubt is among six sons of Redoute's Choice that have sired Group 1 winners, the others being, Snitzel, Stratum, Bradbury's Luck, Duelled & Fast 'N' Famous.

He is also the fourth of Arrowfield's resident stallions to sire a Blue Diamond winner in the past nine years, after Redoute's Choice (Undoubtedly, 2005; Nadeem, 2006); Starcraft (Star Witness, 2010); and the retired Flying Spur (Sleek Chassis, 2007). Former Arrowfield sire Hussonet, now based at Cornerstone Stud, sired the 2008 winner Reaan (with first season sire All American second).