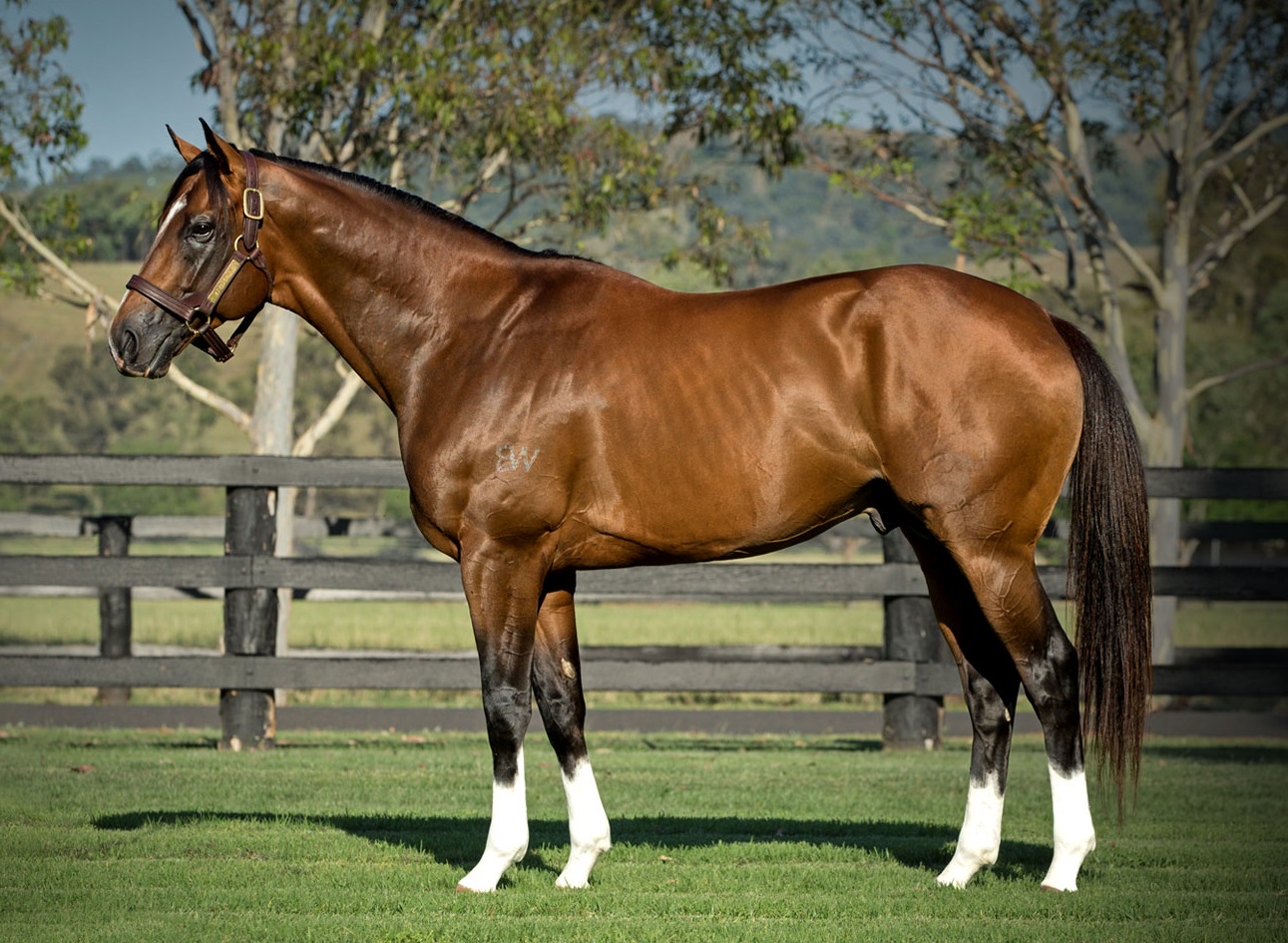 A rockstar son of Champion Redoute's Choice from one of the best families in the world, the G1-placed, G3 winner Scissor Kick enters his third season at stud in 2018

The strikingly handsome and very fast Scissor Kick retired to Arrowfield alongside the dominant sire of sires Redoute’s Choice, as his fourth Group 1-performed son on the Arrowfield roster - after top stallions Not A Single Doubt, Snitzel and Beneteau.

Most significantly, Scissor Kick also hails from the stallion-producing female family of Danehill’s champion European son Dansili, the sire of over 100 Stakeswinners and 19 Group 1 winners.

An impressive 2YO winner, Scissor Kick’s heady spring campaign established him among Australia’s best 3YO colts. He won the ATC Rosebud H. 1200m LR before heading the closest of quinellas with Panzer Division in the ATC Up and Coming S. 1300m G3.

The photo finish went against Scissor Kick at his fifth start, in the ATC Golden Rose S. 1400m G1, but jockey Tye Angland had no doubt about the quality of his widely admired second-placed effort, saying afterwards “He's a real fighter, best horse in the race.”

Trainer Paul Messara says, “A very genuine racehorse with a fantastic temperament, he’s a beautiful horse to work with and was very unlucky not to win a Group One.

“Scissor Kick is a strikingly attractive colt and was always the pick of the mounting yard.”