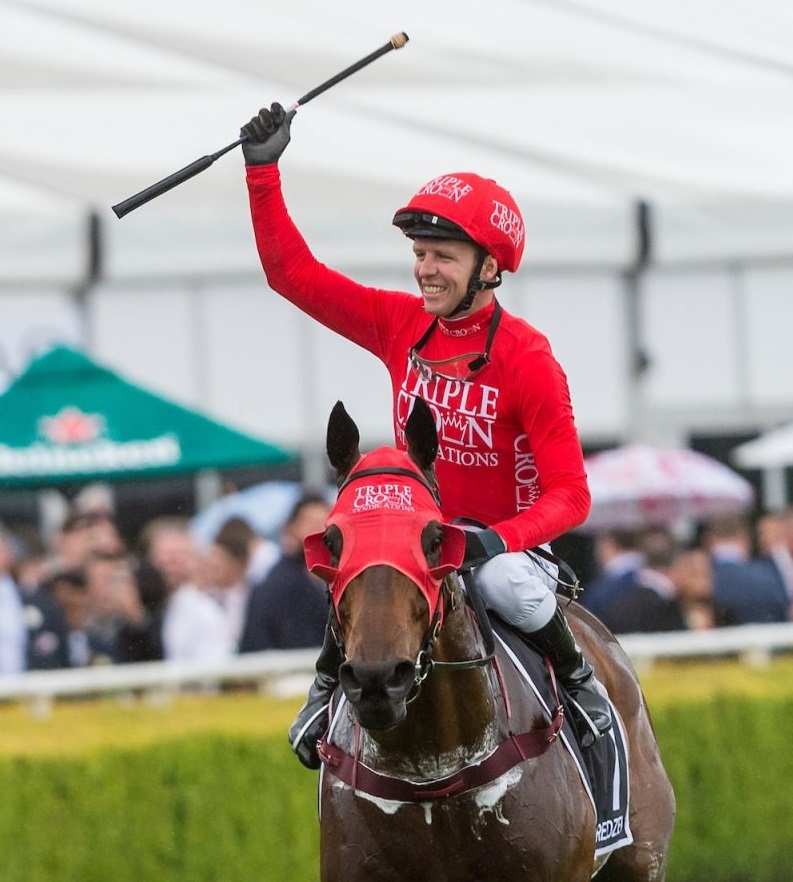 Scarcely less impressive were his best runner-up finishes: to Russian Revolution in The Galaxy G1, to Redkirk Warrior in the Lightning S. G1 and to Trapeze Artist in the record-breaking  2018 T.J. Smith S. G1.

Age caught up with him this season, but Redzel kept turning up to test the next generation of sprinting stars.  He claimed his third Concorde S. G3, beating Pierata & Graff, pushed Pierata & Classique Legend in the Shorts H. G2, and split Gyrtrash & Loving Gaby in the Lightning G1 and Nature Strip & Jungle Edge in his fourth Challenge S. G2.

Most movingly of all, he produced a performance of unflinching courage to finish 3rd in Nature Strip’s T.J. Smith S. G1, just behind Santa Ana Lane and ahead of Pierata, Bivouac, Trekking, In Her Time, Exceedance, White Moss, Loving Gaby & Vegadaze.

After bowing out with honour in the very best company, Redzel retires a happy and healthy horse who will always be warmly remembered by Arrowfield among his many fans, and cherished forever by those closest to him.