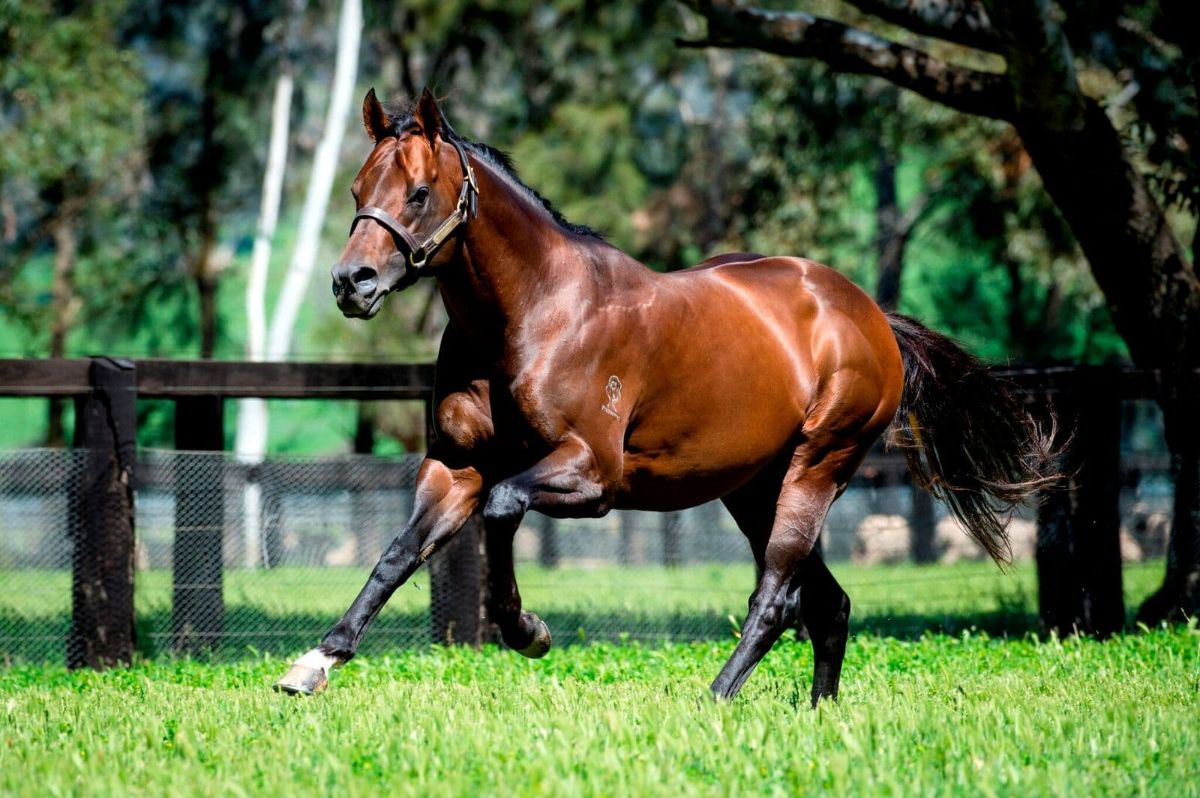 Widden Stud's headline act Zoustar will return to a service fee of $154,000 (inc GST) in 2021 as the two-state operation confirmed prices for its entire 21-strong stallion roster across New South Wales and Victoria.

The uncertainty surrounding a looming COVID-19 crisis saw Zoustar's 2020 fee drop to $121,000, but with plenty of confidence back in the market and some outstanding results for his progeny both on the track and in the sales ring, he goes back to his pre-pandemic price in 2021.

Zoustar, who also shuttles to Tweenhills Stud in Great Britain, has had 13 stakes winners globally since August 1, highlighted by the G1 Newmarket H. winner Zoutori, who is the leading earner of his Australian progeny in 2020/21.

At 10 years of age, Zoustar is the youngest stallion in the Top 10 on the Australian Sires' Table, with his progeny earning over $10 million this season.

His current crop of yearlings have also hit the mark with buyers, with 110 sold at a career-high average of $266,695, including 24 at an average of $390,625 at this month's Inglis Australian Easter Yearling Sale.

That list included a colt out of Lady Jivago (Beneteau) offered by Widden, which sold for a record price for the stallion of $1.25 million. He is one of seven $1 million-plus yearlings for Zoustar, three of which have come in 2021.

His total yearling sales of over $29 million in 2021 put him third of all stallions on aggregate, behind only I Am Invincible and Snitzel, who both stand for substantially more than what he does at $154,000 (inc GST).

"There is certainly the demand there for him. He has continued to do a great job with just his four crops now. He has done some amazing things and he has looked like an elite stallion from day one, and he has certainly backed that up again this season," Widden Stud Principal, Antony Thompson, told TDN AusNZ.

"It’s very pleasing to get the results on the track, which is most important, but breeders also know he gets an outstanding type. He's a very commercial stallion and there is enormous demand for him."

That demand will be intensified by the fact Zoustar's book in Australia is restricted because he is shuttling across both Hemispheres.

"We've really been inundated, and so we need to sort through the mares now and sort his book out. Because he is shuttling, we will try to keep his number to around that 150 mark. It will take a bit of organising," Thompson said.

Setting stallion fees for new horses is not always easy, especially one of the profile of Russian Camelot (Ire), who will be one of the headline stallions for Widden's new Victorian operation.

As a racehorse, he created history as the first Northern Hemisphere-bred winner of a Group 1 Derby race in Australia, claiming the South Australian Derby at just his fifth start. At his seventh start, we won the G1 Underwood S. and was subsequently placed in a G1 Cox Plate and runner-up in an All-Star Mile, all before he technically turned four.

He becomes the first son of Camelot (GB) to stand in Australia and does so at what Thompson says is a very competitive price of $22,000 (inc GST).

"Russian Camelot stands alone. He's a high-class horse and he put himself in a space where there isn't that much competition. People like to breed to that really elite middle distance type horse," he said.

"He was precocious enough to win when he was still two, and was a bit of a ground-breaking horse, being the first Northern Hemisphere-bred horse to win a Derby, as he did in South Australia. He's a pretty special horse and everyone in Victoria is very proud of him and right behind him."

The Not A Single Doubt sireline has become one of the most in demand in Australia in the past 12 months and Widden Stud will stand two of his sons, one in each state, in Anders in New South Wales and Doubtland in Victoria. Like Russian Camelot, both had already had their fee of $16,500 (inc GST), announced.

"Not A Single Doubt has done an amazing job and has been an incredible sire, so to have two very good-looking and very fast sons of his is great for Widden. Not only have they both got the looks and pedigree, they have got exceptional speed. Both Anders and Doubtland are already very popular," Thompson said.

Anders showed blistering speed in his 11-start career, which featured four wins, including victories in the Listed Rosebud S. and G3 San Domenico S. which he won by big margins.

Doubtland was always an elite sprinting talent, winning the G3 Kindergarten S. as a 2-year-old and the G2 Danehill S. as a 3-year-old.

"I think they represent great value for the calibre of horses they are. There's been a great response already to some very nice horses that are well-priced," Thompson said.

Prices steady across both farms

The remainder of Widden Stud's New South Wales roster features only small changes, with Written By returning to $24,750 (inc GST), having dropped back to $22,000 (inc GST) for one season.

In Victoria, where Widden Stud inherited not only the property but also the roster of Sun Stud, things are pretty much steady on the price front.

Nicconi, who moves from Widden's New South Wales base, remains at $27,500 (inc GST), while the other stallion which shifted with him, Star Witness, will stand for a slightly reduced price of $16,500 (inc GST).

Thompson said the implementation of Widden Stud's two-state project is going to plan.