It took Written Tycoon less than 24 hours to compile a memorable Group I double and claim the No. 1 spot on the General Sires’ Premiership and take over the leading sire of 3YO’s list.

It was a deeply determined effort from Ole Kirk, whose competitive spirit has produced 7 top-four finishes in a seven-start career wholly spent in Group & Listed company. 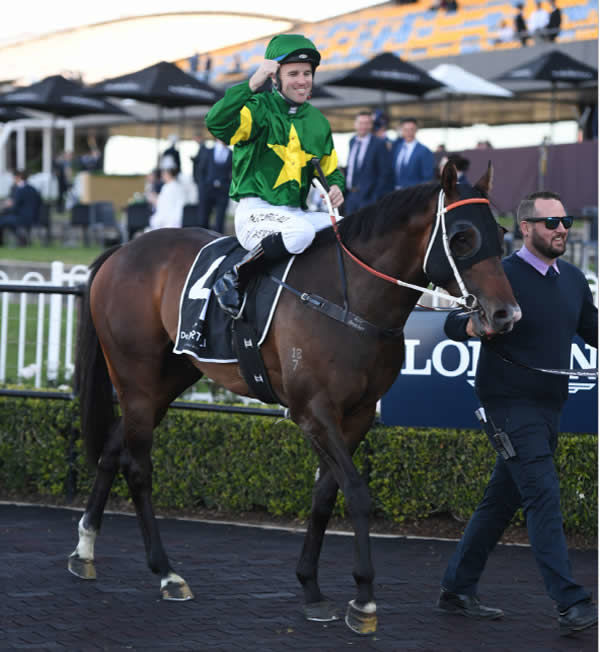 Ole Kirk returns a winner after the G1 Golden Rose -

His Golden Rose win was achieved from a difficult position near the back of the field and even jockey Tommy Berry doubted his chance of winning.

“I didn’t know it was James [McDonald] outside me, but I thought I was beaten 80 metres out. But Ole Kirk just pinned his ears back, he didn’t want to lie down. He’s had a great attitude all preparation, he’s definitely a lot more mature than he was last season.”

As it happens, Ole Kirk (sold for $675,000 to International Thoroughbred Solutions) and North Pacific (an $800,000 buy for Orbis Bloodstock) were the two top-priced yearlings at the 2019 Inglis Melbourne Premier Sale.

Already a stakeswinner, at his 2YO debut in the VRC Talindert S. LR, Ole Kirk is Written Tycoon’s 10th individual Group 1 winner.

But Written Tycoon wasn’t quite finished for the day.

Over in Perth his 6YO son Stageman (ex Best Feature by Secret Savings) took out the $100,000 Black Heart Bart S. 1200m LR for Bob & Sandra Peters. He is Written Tycoon’s 36th stakeswinner, and his fourth this season.