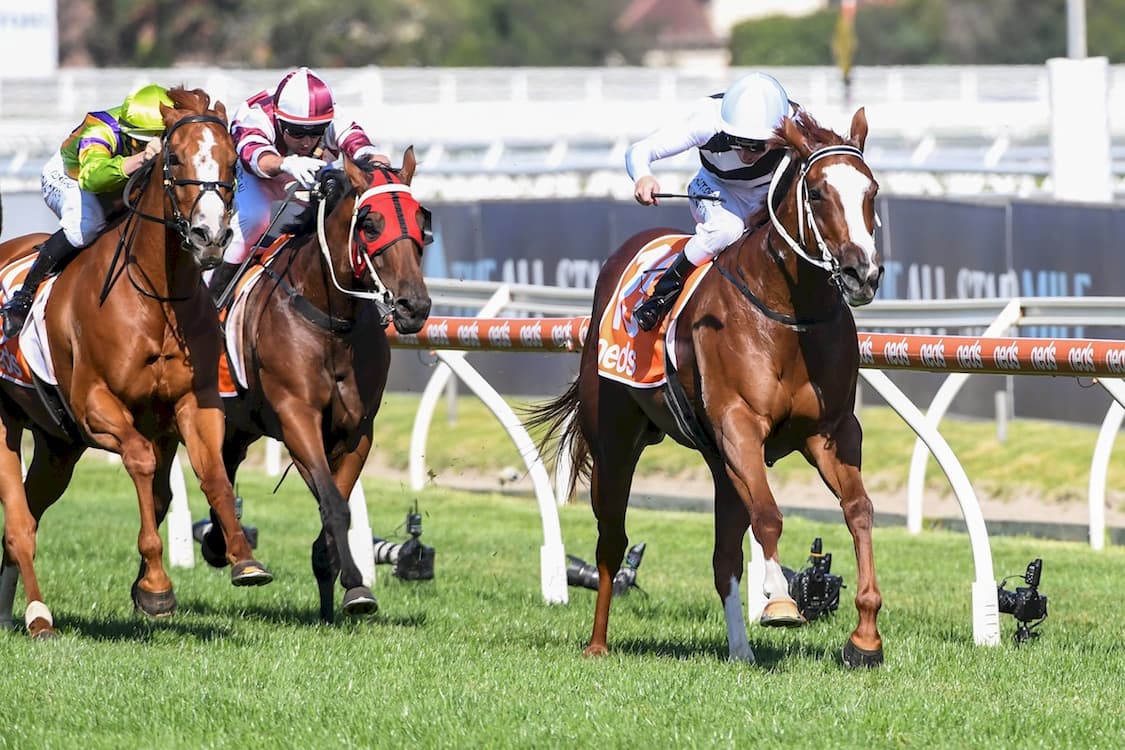 Flying mare Pippie (Written Tycoon), a winner the G1 Oakleigh Plate and G1 Moir S. in 2020, will be one of the star attractions at the 2021 Inglis Chairman’s Sale in May.

Pippie's owners, Heran Racing, are preparing to sell her after her autumn campaign which is targeted towards the G1 Black Caviar Lightning S. at Flemington and the G1 The Galaxy at Rosehill.

As a multiple Group 1-winning mare by one of Australia's hottest stallions and with a pedigree completely free of Danehill (USA), Pippie is set to create a huge buzz when she goes through the sales ring at Riverside Stables on May 7.

The 5-year-old chestnut mare has claimed the scalps of some of Australia's best sprinters in a 13-start career for John and Chris Meagher which has featured six wins.

Her all-the-way victory in last year's Oakleigh Plate announced her a star mare with Bivouac (Exceed And Excel), ranked as the world's equal leading sprinter of 2020, fifth in that race.

She followed that win up with another barrier-to-post success in the Moir S. at Moonee Valley in the spring, beating Group 1 winners Trekking (Street Cry {Ire}) and Bella Vella (Commands).

“She is a spectacular mare who is up there with the fastest racehorses in the world and she is a delight to have around in terms of her relaxed nature and temperament," Managing owner Glenn Heran said.

Purchased by John Meagher for $60,000 at the 2017 Inglis Classic Sale, she has proven a terrific return on investment, earning over $1.2 million in prizemoney.

The Herans will be hoping Pippie can become the ninth filly to sell for more than $1 million at the Chairman’s Sale in the past three years.

“We are very proud of what the Chairman’s Sale has become since its inception a few years ago and we are we are excited by the prospect of further enhancing it in 2021 as a sale and a spectacle,” Inglis’ General Manager of Bloodstock Sales and Marketing, Sebastian Hutch, said.

“When we have been given the opportunity, we have worked exceptionally hard to deliver outstanding results for our clients and the fact that three of the four highest-priced pregnant mares in Australia in the last two years have been sold at the Chairman’s Sale is a testament to the quality of the Sale and the work of our team.

“The timing and the convenience of the Sale are very significant factors, particularly for pregnant mares and we are looking forward to working with clients to deliver another outstanding group of mares for the 2021 renewal.’’