Messara says, "We're delighted with both these foals, they're full of quality and athletic, and offer early evidence that Dundeel is going to be well-suited to the mares we've selected for him."

se
First to arrive was the bay filly from Choice Blend (by Redoute's Choice) a half-sister to multiple Group 1 winner Bentley Biscuit, from the prolific family of champion sire Thorn Park and Group winners Light Up The World, World Peace and Chivalry. 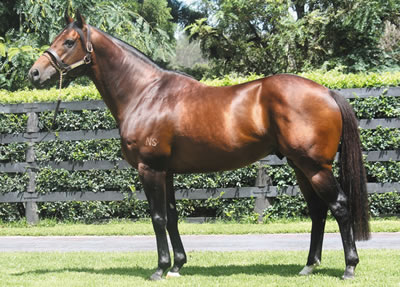 The amazing late season rally by Glenlogan Park’s first season stallion Rothesay continued on at Doomben, Morphettville and the Gold Coast on Saturday.

Getting the ball rolling was the David Murphy-trained Shotacross The Bow who scored in the Past President's Two Year Old (1640m) to make it three wins from his past four starts.

Given a positive ride by Brad Stewart, Shotacross The Bow took up the lead and was never seriously threatened in defeating Wicked Snippets by one and a half lengths with Honesta three-quarters of a length away in third.

Welcome to the new tax year!

Let’s start the 2016 tax year with some positive tax news with a discussion of the generous mare and stallion write-off rules relating to eligible breeding stock. In tax world, these are referred to as the “special closing value” rules.

Carrazzo Consulting is regularly asked to review the horse tax accounts of breeders and it still amazes me as to how poorly these rules are applied by the general tax community, so let’s hope this contribution clarifies the many misinterpretations of these rules that are out there. 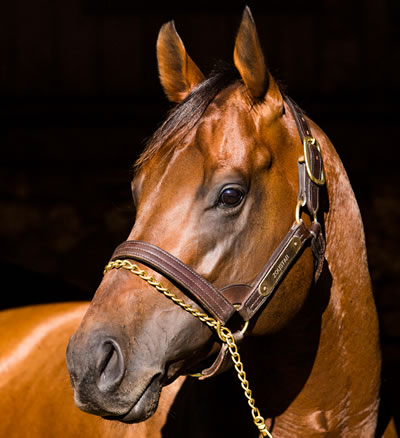 After covering a stellar book of 185 mares and with exceptional fertility at Widden Stud last season, Zoustar's arrival at Woodside gives Victorian Breeders an opportunity to breed to this exciting young stallion without sending their mares to New South Wales.

In an innovative partnership between Woodside and Widden, Zoustar will spend alternate seasons at their respective farms for his first four seasons at Stud.

The outstanding run of stakes winners by the progeny of Woodside resident stallion Written Tycoon has resulted in an increase in his 2015 service fee.

With five individual stakes winners in February: It Is Written, Stoker, Tycoon Tara, Vibrant Rouge and Written Dash and his current yearling crop from his season in Queensland averaging nearly $90,000, Written Tycoon is already in high demand for the forthcoming season. 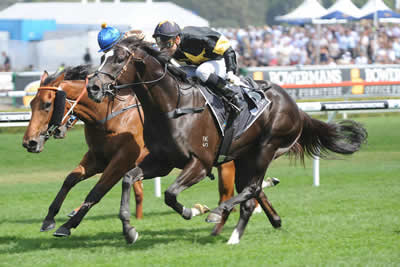 In a breeding coup for Queensland, the historic Lyndhurst Stud at Warwick in association with Yarramalong Park will stand Better Than Ready for the 2015 season. With 8 wins including 4 Stakes wins & a Group 1 placing this high class sprinting son of More Than Ready also ran other incredible times. He followed up his Randwick course record with 1200m in 1.8.96 under 60.5kg and 1000m in 56.88 under 60.5kg at Eagle Farm. Better Than Ready easily won his first 2yo start after overcoming difficulties in 58.16 for a 1000m on a dead 5 track. Clearly, Better Than Ready demonstrated exceptional ability and will be a wonderful addition to the Lyndhurst roster.

Bred along similar lines to the highly successful Sebring, Better Than Ready’s first three dam sires are champion world class sprinters. His dam is the winner of 5 races; his grand dam is a stakes winner as his third dam. He is a striking, athletic almost black stallion, who is physically and genetically compatible with a large proportion of the Australian broodmare population, especially the Danehill and Danzig lines.