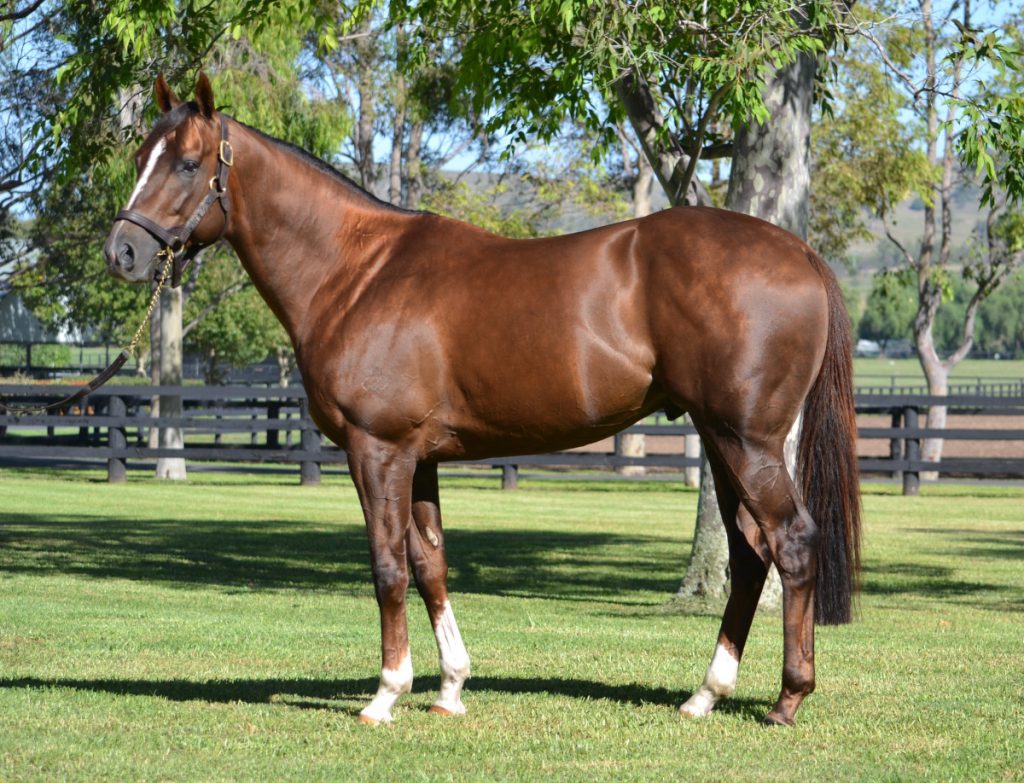 A quality sprinter-miler who raced with distinction against the best of his own generation as well as top-class older horses, he is the first son of Snitzel that Arrowfield has chosen to stand, a full-brother to outstanding Group 1-winning filly Sweet Idea and the grandson of dual Group 1 winner Electronic.

His Group 1-winning older sister Sweet Idea sold for $1.6 million as a broodmare in 2015, his talented younger sister Evening Slippers made a $1.8 million yearling in 2018) and Showtime himself was a $1.1 million buy in 2016. Good looks, sound conformation and quality performance add up to solid gold commercial appeal.

Showtime's second dam Electronic was a high-class stayer for the Waterhouse stable in the mid-1990s, winning 9 races, two of them at Group 1 level. Further back, the family has been a prolific source of winners in New Zealand, among them the two-time Group 1 winner Booming.

Showtime is the first son of Snitzel that Arrowfield has chosen to stand  and, like his barn-mates Not A Single Doubt, The Autumn Sun & Pariah (and previous success stories Danzero, Flying Spur & Beneteau) he is a graduate of the farm returning home to begin his new career.